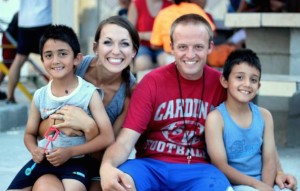 By Trent and Kristen Hannack

Borders are a common part of our lives. We are all familiar with them. Borders are not inherently good or bad. They are designed to separate, intended to define. Some borders are necessary and serve a good purpose. There’s the border that separates work and personal life. Or the emotional boundaries that are a part of every healthy relationship. Some are harmful and oppressive. Achievement gaps in education due to socioeconomic status and race that separate the privileged from the not. Or the protective walls that we put up in relationships with other people and with God Himself. The question for us becomes – “Which borders are we called to cross?” Because Jesus is a border-crosser. He did not hesitate to cross some of the most well-defined, staunchly-defended borders of His time to engage with those He loved. He was in a foreign land that was scary to most Jews of the day when he sat down at the well with the Samaritan woman to give her a taste of the Living Water (John 4). The woman was astonished that Jesus even talked to her given the status of Samaritan-Jewish relations at the time. Yet Jesus engaged. He loved. He was present. His association with lepers and those who were unclean upset the religious order and social status quo. When his disciples scolded children for interrupting Jesus, he chided them, saying, “Let the little children come to me, and do not hinder them, for the kingdom of heaven belongs to such as these.” (Matthew 19:14). He ate in the homes of Roman tax collectors, one of the most hated agents of Roman oppression of the Jews. 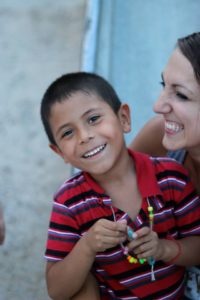 Society was clear about when and with whom it was appropriate to engage. The borders were well-defined, well-respected. But Jesus crossed them. He gave the gift of his presence to those who were used to being told who they were and what their place was. By crossing borders that people had decided shouldn’t be crossed, He made a way for people where there was not opportunity. Where earthly eyes saw limitations and prejudice, Jesus saw hope. His call on us is to see as He sees, to look beyond the separations and limitations of our day and engage with those whom the world says have no hope and should be separate. This may require leaving circles of privilege and comfortability with humility – not an easy task. But we have Jesus as an example and guide. His Spirit empowers us to do this difficult work- “So he said to me… ‘Not by might, nor by power, but by my Spirit,’ says the Lord Almighty.’” (Zechariah 4:6) 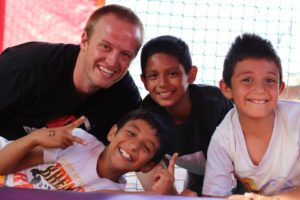 One very real border of our day is that which separates the United States and Mexico to our south. This international border divides one city into two – El Paso, TX and Ciudad Juarez, Mexico. The southern half of the border-divided city has been ravaged by violence caused by drug cartels fighting over the streets. In the past 6-7 years, drug extortion and kidnapping gangs ran amok, fighting turf wars and terrorizing the rich and the poor. Violence was so severe in certain areas, and poverty so deep as the economy plummeted, that the residents of entire blocks moved away. Nearly 11,000 people were killed in Juarez from 2007 to 2013. There are few families whose lives haven’t been directly affected by it. 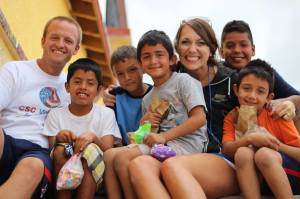 We have been crossing this border into Juarez, Mexico many times in the past few years to visit a place that has captured our hearts. A place that chooses to love the least of these and chooses to love those that many wouldn’t care to address. This place is called the Emmanuel Children’s Home. Emmanuel Children’s Home reaches out to children in their city who come from disadvantaged situations; some children come from extreme poverty and broken homes where there is only one parent caring for them; others come from neglectful situations, physical and emotional abuse, and some from total abandonment. Emmanuel is a place for families to turn to who are in need of hope, a new start. It supports families so they don’t have to do it all alone. Today, Emmanuel Children’s Home is home to over 85 children. Many initially think Emmanuel is an orphanage. It’s not. Each of the kids at the home has a family or a relative whose custody they are under. The majority of the kids come from a single-parent household or live with a grandma/aunt because their parents are not living or are unable to care for them. During the week the children live and go to school at Emmanuel, providing a safe place for the kids to live. On Friday afternoons, they return home to spend the weekend with their family. The Children’s Home is open to children from toddler age to the end of their 6th grade year. When a child graduates from the 6th grade they return to live with their family full time but still maintain support and contact with the leaders of Emmanuel. While at the home, the children are cared for by a few remarkable women that the kids call “hermanas.” It is a loving, supportive environment where they learn about God, about life, about themselves and learn principles that give them the power to succeed. The results of more than 50 years of ministry are seen in the lives of many adults who were raised in this home and now have successful families and jobs and have a Godly influence in their communities. 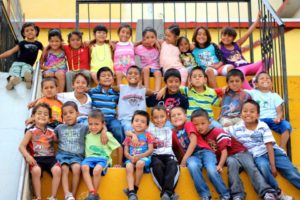 The kids at Emmanuel are amazing kids. They are a living example that God can make miracles out of messes. From very difficult and seemingly impossible circumstances, God has used Emmanuel to bring hope, bring smiles, and bring joy to the lives of His children. God is alive and moving at Emmanuel. He is raising up kids in the knowledge of Him. Kids are learning to pray big prayers for change, learning that they are His beloved creation and that their lives have purpose. What is happening at Emmanuel is a really big deal. God’s presence is seen and felt at Emmanuel in ways we have never experienced anywhere else. We are different people because of these kids and because of what God has taught us through them. We’ve chosen to give part of our lives and our hearts to this place. 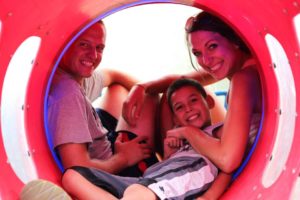 God calls us to cross boundaries that only love can cross. As mentioned earlier, all throughout Scripture, Jesus crossed the social, political, economic and racial borders and boundaries that existed to keep people separate from one another. By crossing borders, Jesus brought about new possibility and new life. This is what we’ve been learning during our time at Emmanuel—this is who we’ve been learning to be—people who are compelled by love to cross borders on behalf of others.

So to those of you reading this both near and far, may love—the real, true, active and self-giving love of God that captures us, compels us, comforts us, and empowers us—may that love both keep you and drive you forward to cross borders for the lives of those around us. Surely He is faithful to those who choose to do so.